After years of dedication and effort by OC arts patrons and museum board members, including significant support from South Coast Plaza and its owners, the Orange County Museum of Art has completed its move to Costa Mesa. Finally! The opening of a visual arts museum on the Segerstrom Center for the Arts campus completes the Segerstrom family’s vision for an expansive and inclusive center of art, culture, and commerce, which has long been part of the grand design for greater South Coast Plaza.

A 24-hour grand opening celebration, attended by more than 10,000 guests who waited patiently in hours-long lines that wound around the Segerstrom Center for the Arts campus, officially opened OCMA. The free event was the public’s first opportunity to tour the new, 53,000-square-foot museum designed by Morphosis Architects, under the direction of Pritzker-prize winner Thom Mayne and Partner-in-Charge Brandon Welling and explore its five inaugural exhibitions, activating the museum with music, food, films, yoga, dancing, and more.

The 24-Hour Grand Opening event culminated two weeks’ worth of events that began with the Million Dollar Donor Dinner, chaired by Jennifer and Anton Segerstrom and sponsored by Cartier. OCMA CEO and Director Heidi Zuckerman welcomed guests to the first official event at the new museum. She acknowledged the generosity of lead donors, including Jennifer and Anton Segerstrom, the most significant supporters of the museum to date.

A few days later the Opening Gala raised more than $2.1 million for the museum and honored artist Sanford Biggers, whose sculpture sits on the museum’s expansive outdoor plaza where the dinner was held. The gala was chaired by Jennifer Segerstrom and co-chaired by Lisa Merage, was presented by lead sponsor South Coast Plaza, and included table sponsorships by Gucci, Saint Laurent, Kering/Balenciaga/Alexander McQueen, Jennifer and Anton Segerstrom, and Elizabeth Segerstrom. Laurent Claquin, head of Kering Americas, was one of many guests from the worlds of luxury retail, fashion, and art that are centered at South Coast Plaza. Elizabeth Segerstrom in Dolce&Gabbana and Heidi Zuckerman, CEO and Director of OCMA Additional opening celebrations for the new museum included the Artist and Artworld Party, which welcomed artists, longtime OCMA contributors and Southern California cultural leaders, as well as a Civic Dedication that inaugurated the building and brought together Orange County’s civic leaders. Anton Segerstrom spoke at all the opening galas and the civic dedication, thanking donors, the architects, and all those who helped inspire and fund the museum’s big move to Costa Mesa.

As part of the extensive and overwhelmingly positive national and local media coverage of the new museum, the Orange County Register said that “the museum’s opening means nothing less than the end of Anton Segerstrom’s 16-year personal quest to see this permanent location built in Costa Mesa, the fruition of an $8 million gift from him and his wife, Jennifer, and the fulfillment of their years of fundraising many more millions.”

“My father Henry Segerstrom told me years ago that all great civilizations have a cultural component,” Anton said in the Register story and in his remarks at the openings. “It was the impetus for the creation of Segerstrom Center for the Arts.”

My father Henry Segerstrom told me years ago that all great civilizations have a cultural component… It was the impetus for the creation of Segerstrom Center for the Arts. A Collection of Caviar

November 16, 2022
Dining, Stories
The Season for a Glorious Treat November 2, 2022
Fine Jewelry, Stories
From the beauty of time-honored handcraft to the brilliance of rare diamonds and gemstones, the newest… Dining Off the Beaten Path 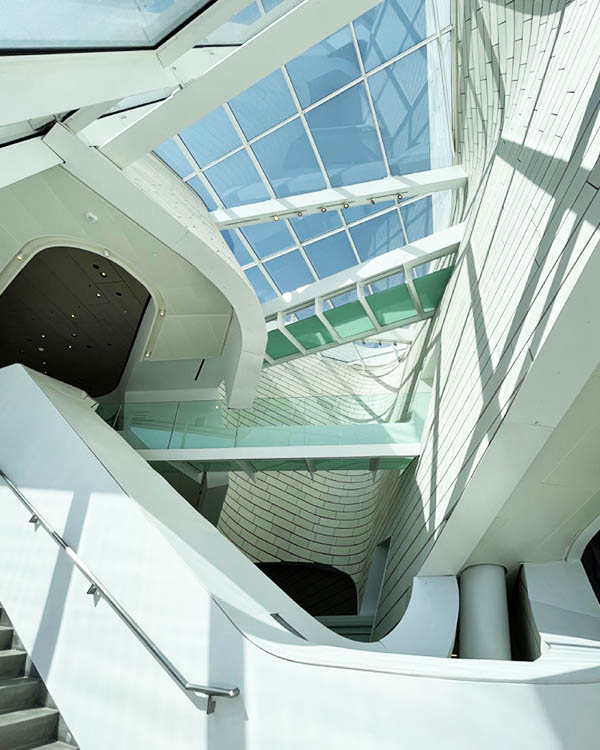