The Bunny Skull and Crossbones of Psycho Bunny has Arrived

Psycho Bunny, a men’s and boys’ boutique, is now open on level 2 in the Bloomingdale’s wing and is exclusive in Orange County to South Coast Plaza. The New York-based brand is known for its emoji-worthy bunny and crossbones logo and its boldly colorful take on menswear classics such as polos, sweatpants, T-shirts and shorts. 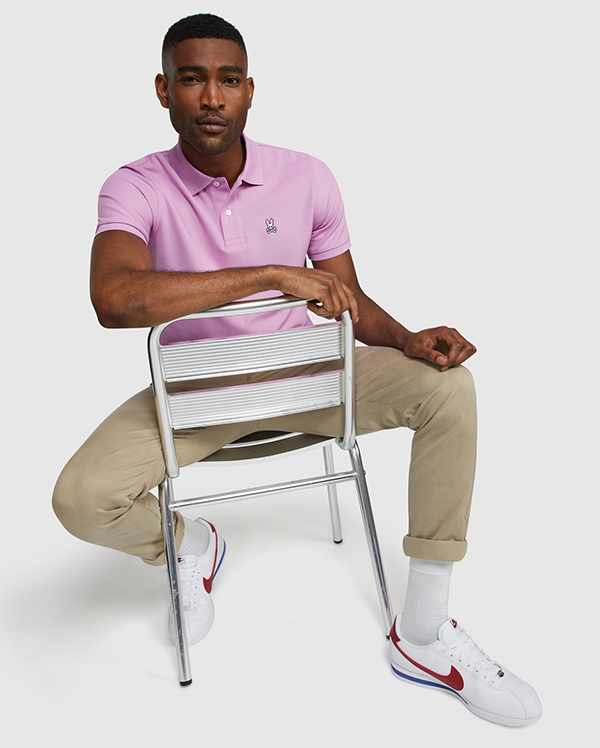 The company was founded by two Roberts: Robert Godley, who drew from his experience in English bespoke tailoring and footwear, and Robert Goldman, who grew up in the fashion industry working for his family’s necktie company. According to Marketwatch, “Psycho Bunny gives people room to use the brand to bring some light humor to a heavy world,” especially with a “cheeky little logo that borrows heavily from internet meme culture.” The company’s playful attitude is reflected in the store’s design, from the oversize white bunny skull and crossbones painted on the navy blue storefront, to the rainbow of hues splashed on off-white walls inside. The men’s Portloe long sleeve graphic tee is made to match those with colorful personalities. A bright, bold Psycho Bunny graphic on the chest stands out in the sea of plain tees around you.