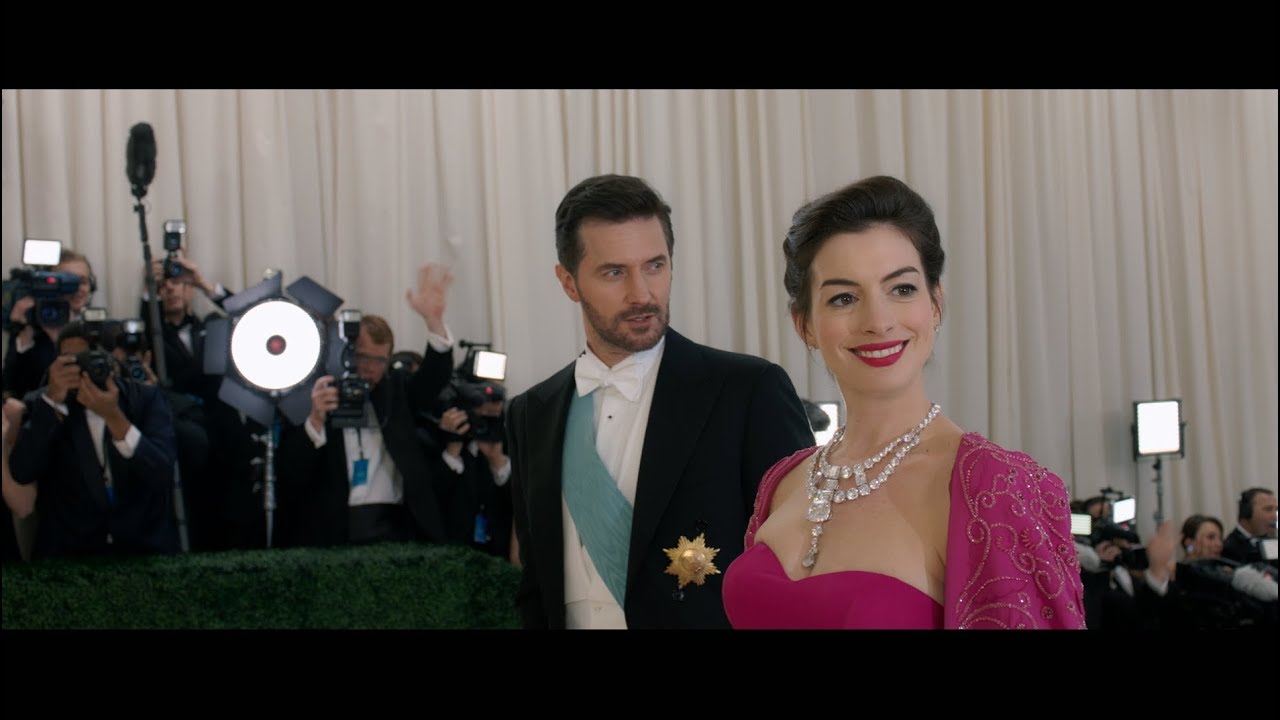 The “Ocean’s 8” cast is star-studded but it’s a $150 million Cartier necklace that steals the show. The necklace known as Cartier’s 1931 Toussaint, was recreated for Anne Hathaway’s character, the easily bemused, yet manipulative starlet Daphne Kluger. All part of Debbie Ocean’s (Sandra Bullock) plan to pull off the largest heist of Ocean’s life, Daphne attends the famed Met Gala with the necklace around her neck, only to leave with a replica in its place.

Designed by Jacques Cartier in 1931, the original Toussaint necklace  no longer exists. The Maison’s notes describe the necklace as a tribute to Jeanne Toussaint, Cartier’s Creative Director in the 1930s, whose role was decisive in establishing Cartier’s stylistic identity. “Above anyone else, she was the first woman to embody Cartier’s bold and fearless spirit. Throughout her career, she favored Indian style as a source of inspiration amongst others, paying homage to the splendor and opulence of the Maharajas.”

The original Toussaint necklace was designed for royalty, the Maharaja of Nawanagar. “The finest cascade of colored diamonds in the world,” according to Jacques Cartier, were “a superb realization of a connoisseur’s dream.”

More than 85 years later, the Maison delved into its archives to resurrect the Toussaint. Cartier enlisted the help of its High Jewelry workshops on rue de la Paix in Paris to produce the replica made of colorless stones strictly for “Ocean’s 8.”

Because the original necklace was designed for a man, the film’s necklace was reduced by 15 percent to 20 percent of the original size and adjusted to Anne Hathaway’s measurements. The Toussaint is supposed to be comprised of flawless, colorless diamonds in the film’s story; the stones are actually made of zirconium oxides, a natural material, mounted on white gold.

As the exclusive jeweler for the movie, Cartier also dressed cast members in timeless selections from the jeweler’s collection, as well as new jewelry, high jewelry, watches, and accessories. All the Cartier jewelry and watches that made their cameo are available at the South Coast Plaza Cartier boutique. The Just un Clou earrings and Amulette de Cartier earrings  are worn by Hathaway’s character in many parts of the film. Each pair features 18K yellow gold.

the Panthère de Cartier watch. Keep an eye out for these near the end of the film.

Kaling’s character is also accessorized with the Ballon Bleu de Cartier watch, 33 mm, mechanical movement with automatic winding and an 18K yellow gold case set with 115 brilliant-cut diamonds totaling 0.90 carats. These can be seen toward the end of the movie.

Stop by to see all of these timepieces, jewelry and accessories in person before or after catching a glimpse of them on the big screen.